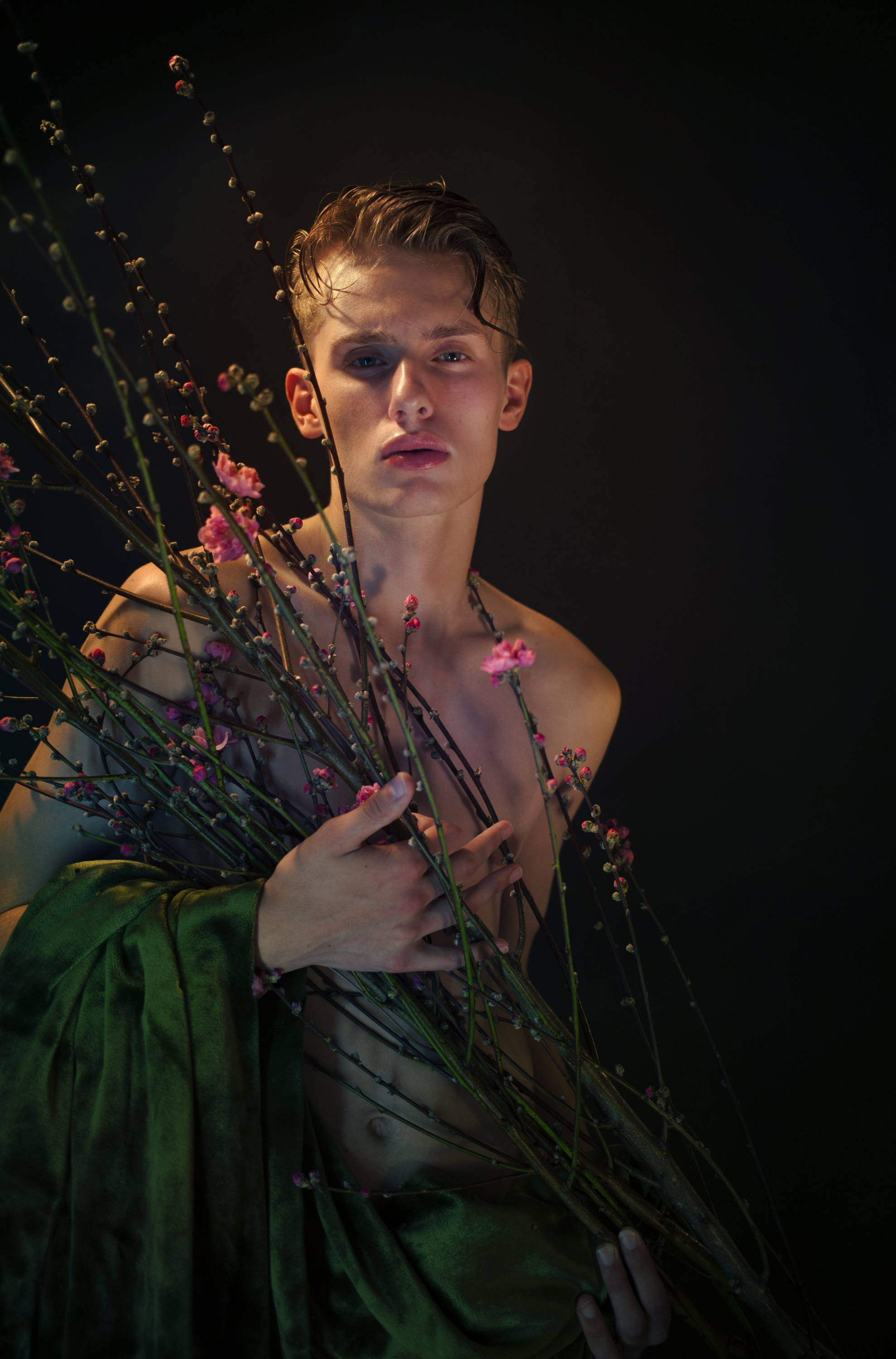 A Portrait of Lemmie with Green Velvet, 2019 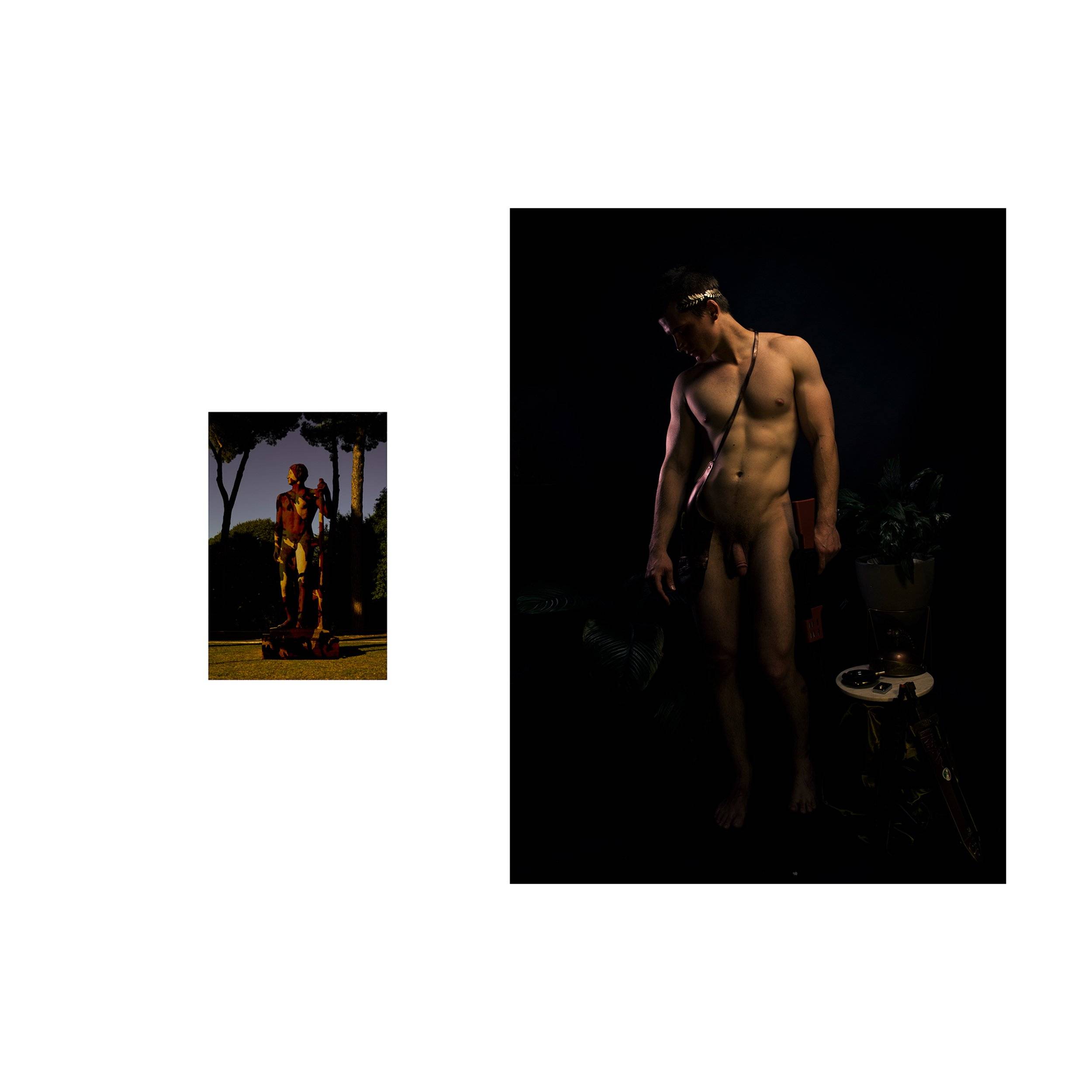 Our Hero Rests And Takes Counsel, 2019 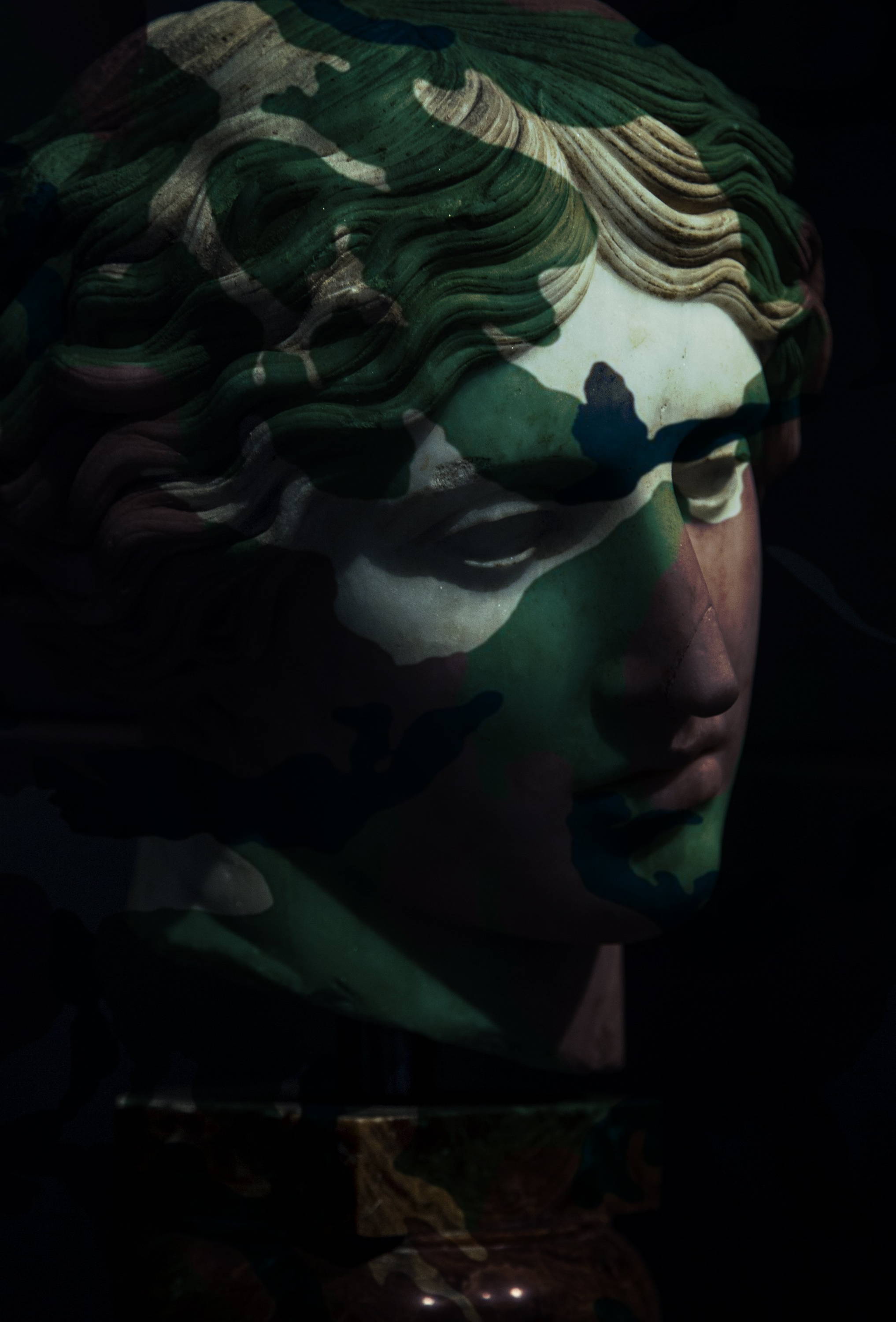 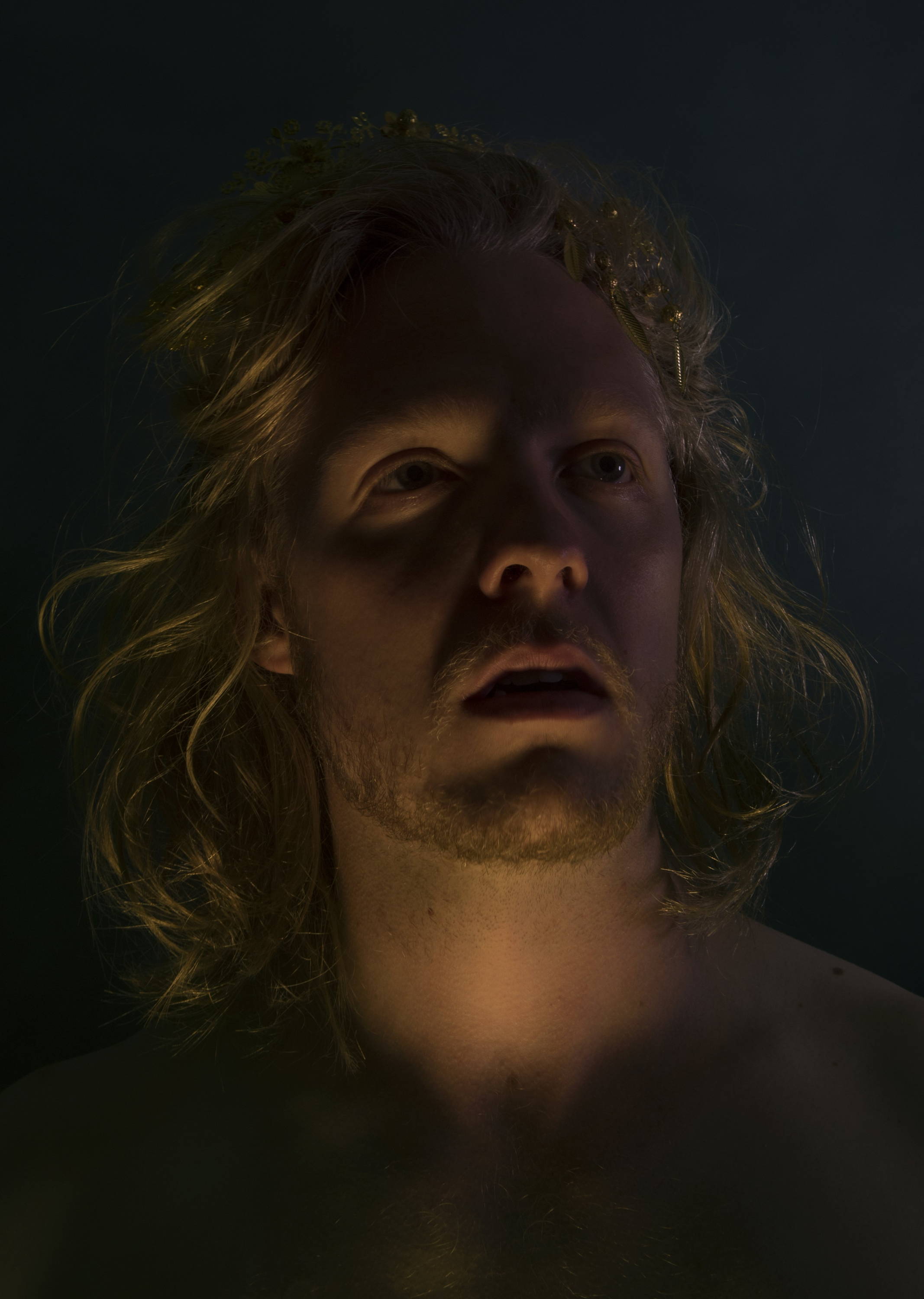 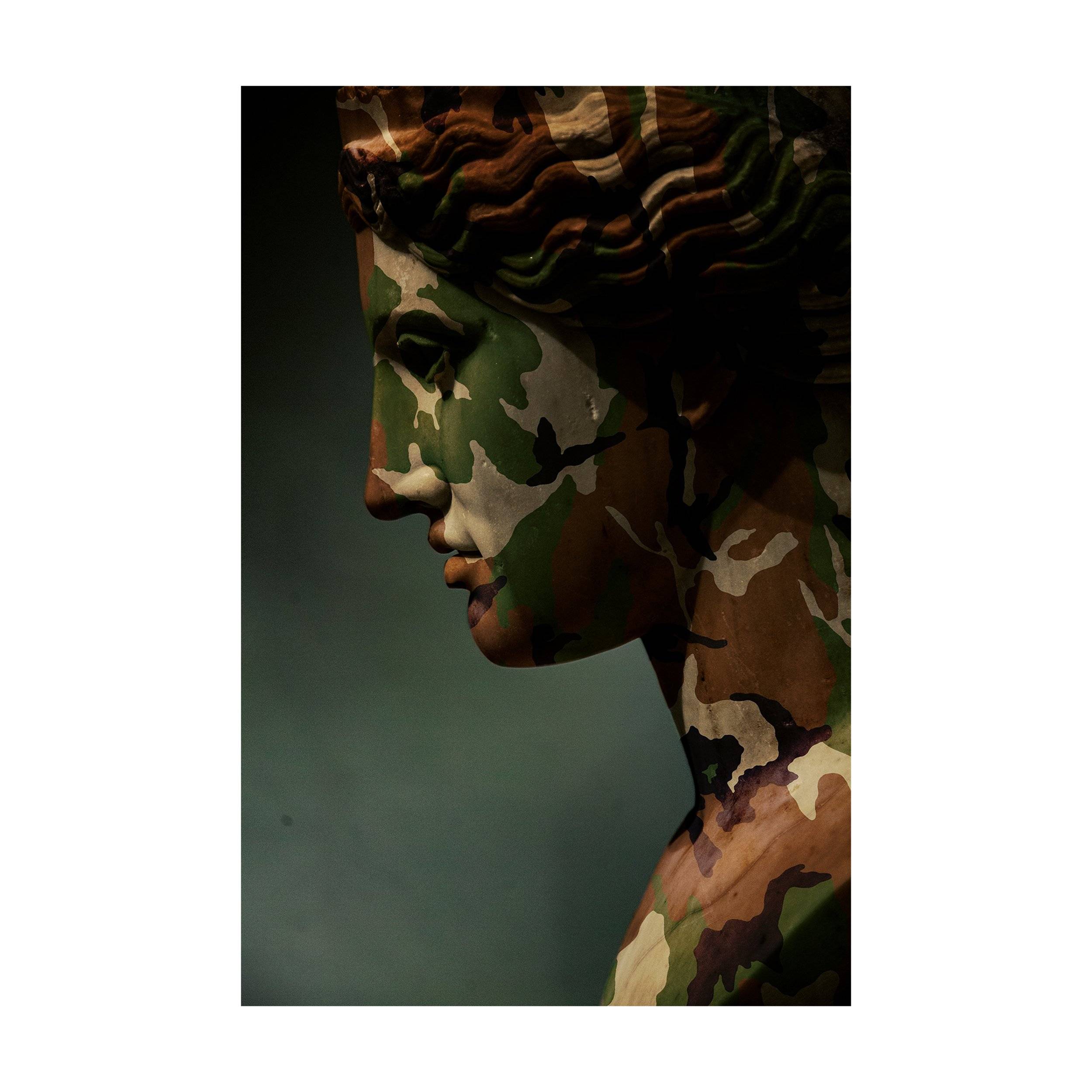 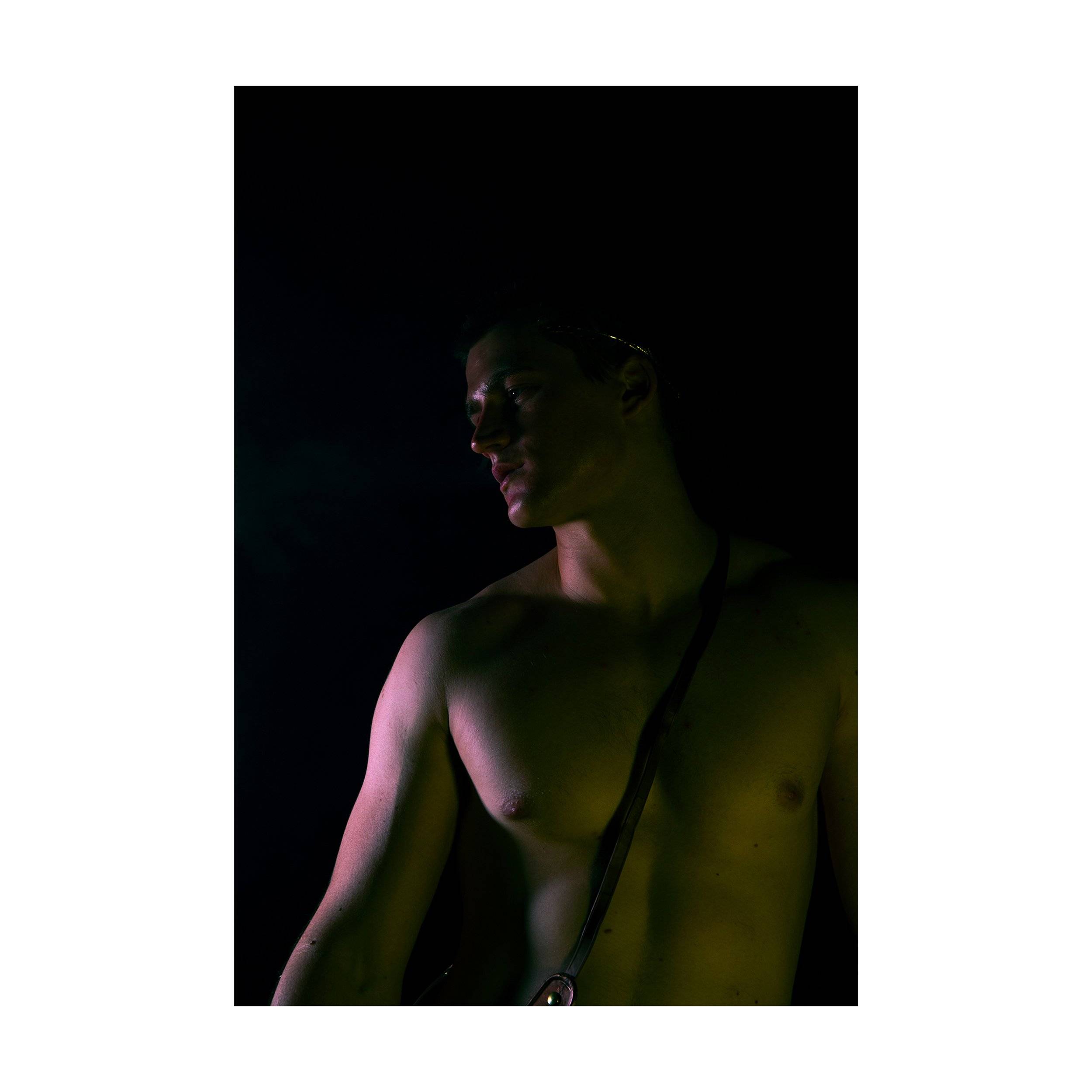 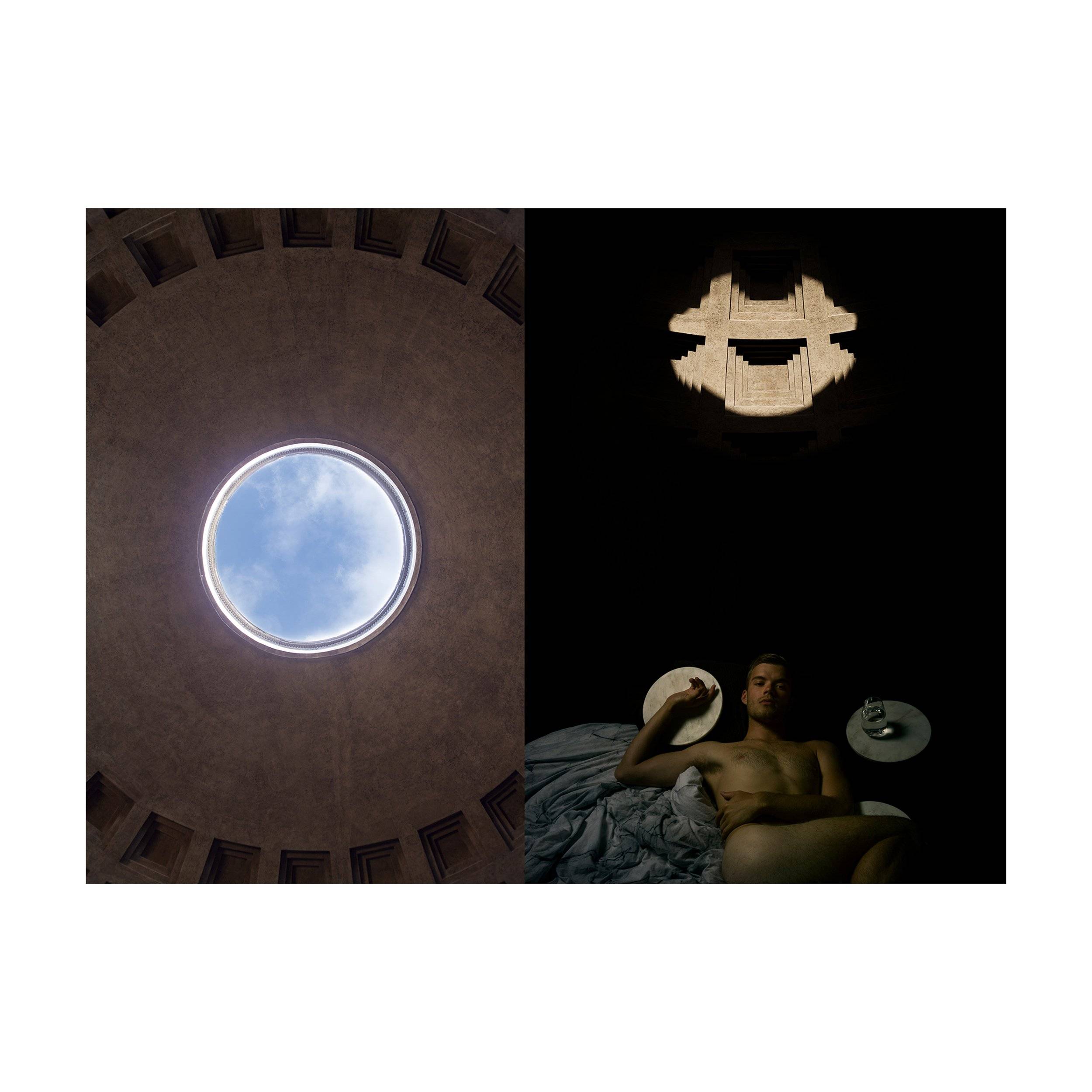 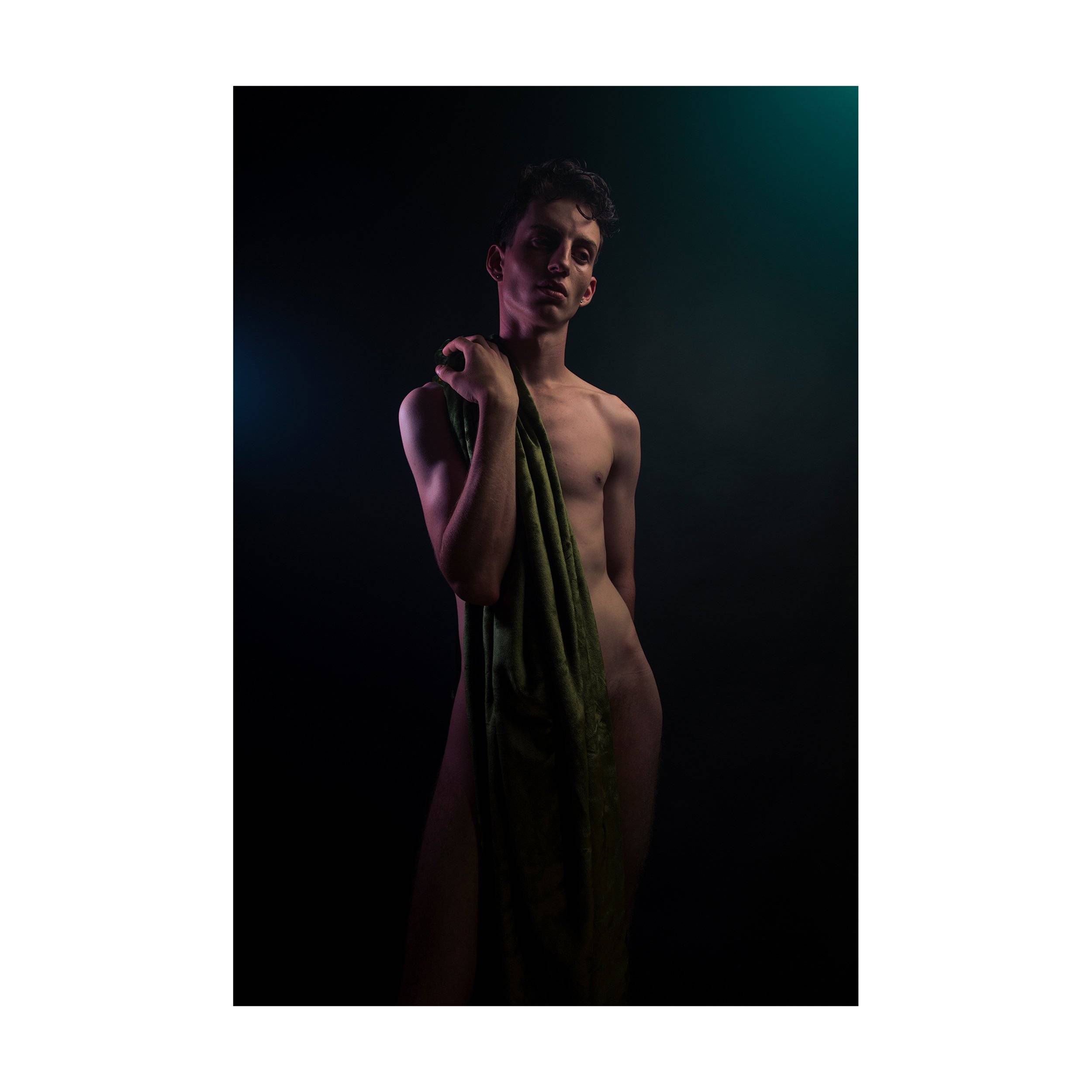 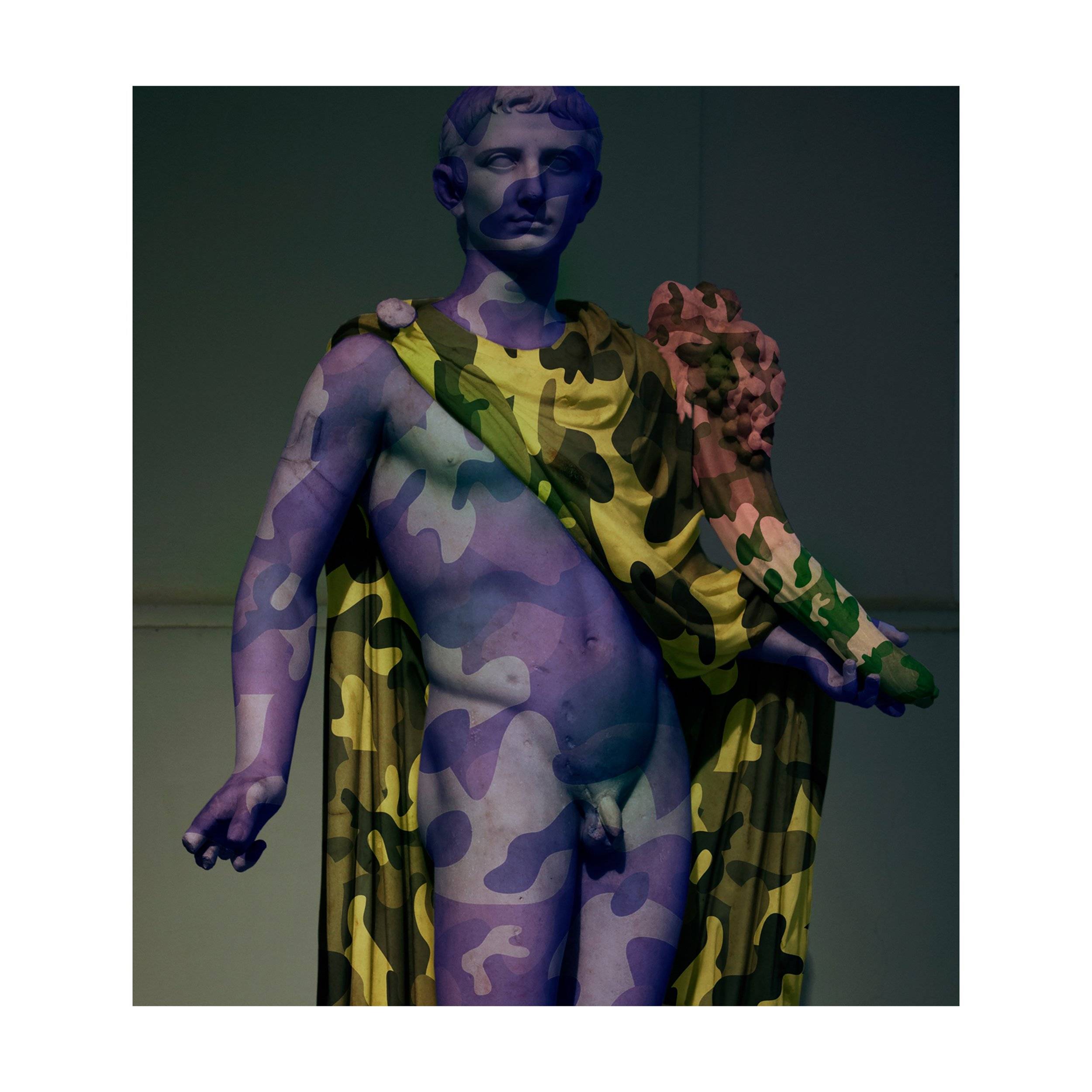 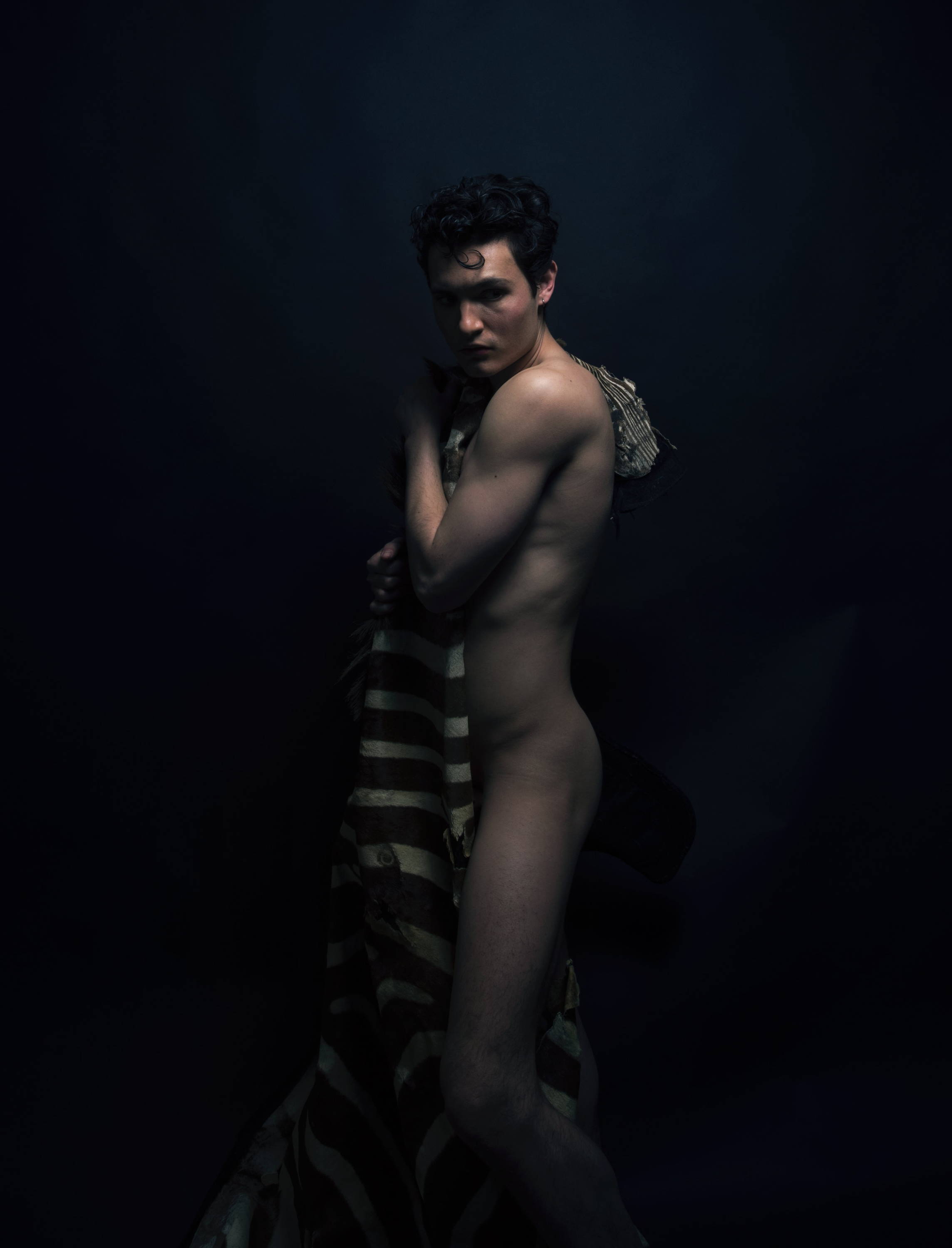 David Charles Collins’ photographic series HIRAETH (2015-19) presents a loose heroic narrative drawing on the archetypes that boys are encouraged to embody through play. Hiraeth is a Welsh word meaning a homesickness for a place to which you can never return, or perhaps only ever existed as an idealised space. Drawing on transformational epics from the Western canon such as The Mabinogion, Arthurian tales, Pinocchio and the Illiad, the series depicts the journey of ‘our fallible hero’ taking on or encountering archetypal characters such as soldiers and cowboys. Floral still lives - momento mori - are interspersed, reminding us of the violence inherent in these otherwise heroic tropes.

HIRAETH engages boldly with masculinity - its origins, how it shapes relations and individual identity - however it is also undeniably queer. Through framing, lighting and pose, Collins evokes a queer masculine desire of his subjects. Hand in hand with queerness is the visual vocabulary of camp, Collins’ images demonstrating a fixation on luxurious materials, decorative details, and other ‘feminised’ aesthetics. The traditional masculine archetypes depicted are thus complicated by a desire both to attain their status, and to consummate a union. Collins articulates the oft-contradictory relationship that queer men have with masculinity, one of repulsion and desire, of exclusion from the patriarchy and the desire to be loved and accepted.

Collins’ photographic series presents masculinity as something ultimately contradictory and fragile; as a construct imposed on boys through myth and play that limits personal expression and breeds toxic behaviour; as an identity predicated on severity but expressed through decorative excess; as a desiring machine incapable of being desired on anything but its own terms. The sumptuous images that compose HIRAETH are visually seductive and their subjects rendered sexually attractive, and yet they are melancholic on reflection, impossible to either possess, emulate or become.